What is the Idea on Tales Series vs Final Fantasy?

Tales Series vs Final Fantasy is an idea crossover that I came up with. Two big JRPG franchise Square Enix and Bandai Namco brought us two unique games. Tales series and Final Fantasy is very popular in Japan and sometimes stateside. Charming cast of characters, dynamic battle system and in-depth storyline. I would hope it will have gameplay like Dissidia Final Fantasy NT. Both franchise can summon elemental beings and use magic. What will be the story? The plot will be an unknown entity split both Tales and Final Fantasy worlds. Unknown entity recruits villains from Final Fantasy and Tales series. A messenger from heaven scouts heroes from Final Fantasy and Tales. The messenger asked the heroes to “defeat this menace and restore your world”.

What is Tales series and Final Fantasy?

Tales series is a video game series developed by Namco Bandai. It’s a fantasy JRPG about healing the world and parallel worlds. This series have a “Linear Motion Battle System” unlike Final Fantasy turn-based gameplay. Namco wanted to stand out from Final Fantasy in terms of style. The art style is more anime and manga than realistic. Kosuke Fujishima is the lead artist who done Sakura Wars and Oh My Goddess. The main composer Motoi Sakuraba, done the soundtrack with Shinji Tamura. You will recognize his work in one of the Tales games. Cooking system is another way to restore health aside from getting potions. There are two classes Mothership and Escort titles in Tales games. Mothership mean main series and Escort is spinoff game. Namco Tales brought some great talent staff like producer Hideo Baba and series creator Yoshiharu Gotanda. Now, let go to the blue corner Final Fantasy. 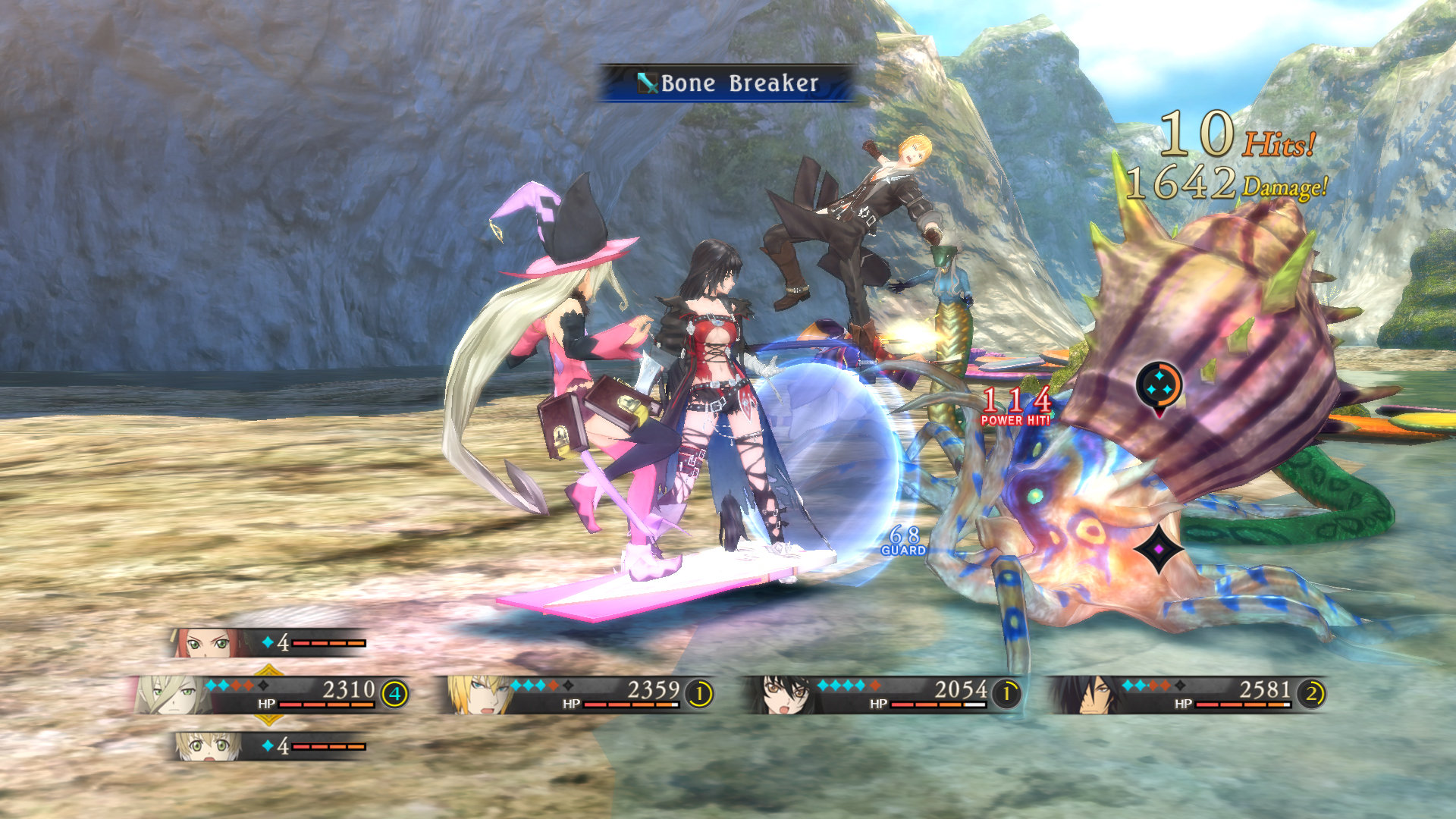 Final Fantasy is a well-known franchise developed by Square Enix. The battle system changes from tactical, mmo, turn-based and action role playing style. Setting of Final Fantasy changes as the series progresses. The overall theme is similar to Tales series. A character tries to save the planet lifeform or becoming king. There are popular creatures like Chocobos and Moogles that help you on your journey. Kingdom Hears is an example of that Moogle shop anyone? Talented staff behind Final Fantasy games are Nobuo Uematsu, Hironobu Sakaguchi and Tetsuya Nomura. These are the three names you will hear went it comes to Final Fantasy. Players could explore character classes and magic. Square Enix inspired by Norse and Greek mythology and other cultures. Let’s talk about what will Bandai and Square Enix do.

What are my overall thoughts?

My thoughts about this crossover is spectacular and I hope it happens. I played both Final Fantasy and Tales series. Check out my gaming channel, I already have two Final Fantasy games and one Tales. These are the biggest JRPG game franchise in Japan. Why is this not being developed yet? I hope they look at this blog post and get ideas about it. If you’re a fan of both Final Fantasy and Tales series. Share this post and tell a friend about it. This needs to be made and will make a lot of fans happy. I would love to see Cloud fight Lloyld Irving in a dual. What about Lighting vs Velvet Crowe that will be amazing. Tell you what your thoughts on it. Let the battle begin of the top RPG games around.

Gaming for Charity – Play to Give Back and Save Lives

1   1       Gaming for Charity You have to give it up for these gaming outlets like Twitch, Sony, Microsoft, YouTube and…

Top 5 Brawlhalla Cartoon Crossovers Should Be In the Game

1        Brawlhalla Cartoon Crossovers Brawlhalla just brought in Finn and Jake from Adventure Time also Princess Bubblegum. For those who…

Pirates Vs Ninja Video Games – Do You Enjoy Them?