Masahiro Sakurai vision for Super Smash Bros Ultimate is mind-blowing. During the latest Nintendo Direct in 2019. Super Smash Bros Ultimate revealed their partnership with SNK. Fatal Fury Terry Boguard was announced and more DLC fighters. Undertale Sans is an echo fighter costume. During Nintendo Direct, Masahiro wanted to bring more third-party characters in Ultimate. A lot of fighting game developers and other genre embrace this. People speculate that it’s becoming like Mugen in a YouTube comment. Super Smash Bros Ultimate is in a different league than Mugen. Mugen is a small community with pros and cons. Creators of Mugen doesn’t get pay for making characters. Some have Paypal and Patreon accounts. Mugen is a hobby and they’ve jobs and a life. Enough about Mugen community, let go back to Mashiro Sakurai vision for Smash. Sakurai brought in Sonic, Solid Snake and many more. 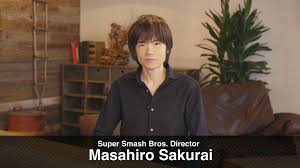 Super Smash Bros Ultimate is the best crossover game so far. Sakurai is a messiah of Smash Bros. Lately, Joker (Person 5), Hero (Dragon Quest) and Banjo was apart of Smash. Nintendo partnered with Square Enix, Atlus and Rare for those characters. I wouldn’t forgot Mega Man, Ryu and Simon Belmont appeared as well. Did you know Mega Man and Simon was on Captain N? Nintendo worked with Capcom and Konami. Sakurai might open doors for other video game companies. I would love to see Bandai Namco characters in Super Smash Bros Ultimate. We have Pac-Man, but what about Tales, Dragon Ball, Naruto, One Piece and Digimon. Blizzard Entertainment like Overwatch, I would love to see DVA or Ashe in Smash.

There is endless possibilities like Shantae, Rayman, Bomberman, Crash and Spyro. Nintendo direct met fans expectation and have a lot of reaction from YouTubers. There is content from Tetris 99, Pokemon Sword & Shield along with Trials of Mana. Deadly Premonition 2 is coming to Nintendo Switch in 2020. I don’t know about Xbox One, PC and PS4 release dates yet. Nintendo has a online program with SNES games. Gamers can throw away their SNES Classic and purchase online services. During the direct, SNES Controller is sold separately for $29.99. I was shocked about Nintendo bringing retro back. They’re catering to retro gamers like me. Mario & Sonic at the Olympic Games having a retro style feature. Nintendo knows games have drive the market.

Smash Bros community is growing strong in years. Whether going back to the lab again (Dexter’s lab song). Learning the characters tier list and combos. Ultimate is the best edition to Super Smash Bros in history. Fans will request character like Waluigi. Super Smash Bros Ultimate is not only fighting game that have third-party characters. Blazblue Cross Tag Battle announced version 2.0 with new characters from Senran Kagura and Akatsuki Blitzkampf. More dlc would be announced next year probably. Whether you grew up with Super Smash Bros Melee and Brawl along with Wii U. Knocking your favorite characters off stages is most rewarding.

I would love to give a huge thanks to Masahiro Sakurai for bring these characters together. Fans alike want to see more characters brought in from other properties. This blogpost is inspired by his presentation in Nintendo Direct. Nintendo loves money and their family friendly gamers. Keep on brawling smashers and continue to support this franchise. Nintendo is doing a great job at giving the fans what they want. Let see what the future holds for Nintendo Entertainment.