What are third party characters?

Third party characters mean, a licensed character from another video games crosses over to another franchise. For this to happen, developers must come to agreement and acquired the license. This procedure requires money and how much will the company from using their licensed character. For example, Tekken video game producer Katsuhiro Harada stated that Gon can’t appear in other games. Due to license issues and it’s a one-time contract with manga creator Masashi Tanaka. In order for Gon to make an appearance Namco would have to acquire another contact with Tanaka. Namco must pay Tanaka to use his character. Once the game is released, for using third party characters. Video games proceeds must go to license holder as well. Gamers would love to see another characters crossing over to another. 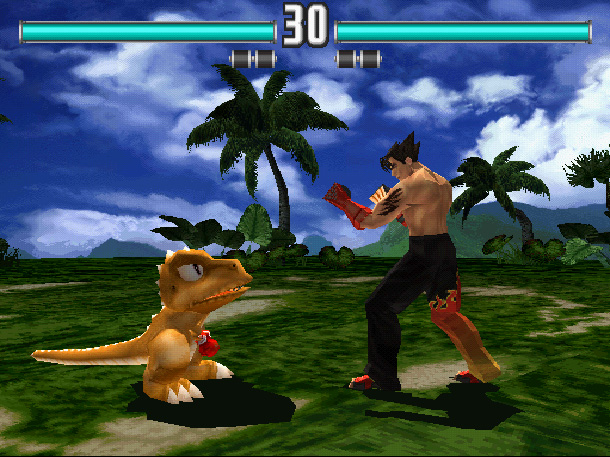 Failure to pay the license holder will result in a lawsuit. Third party video games characters doesn’t always apply. Movie, television and comics crossover in video games as well. Just like Tekken 3 example that I have brought up. Nowadays, some video games companies collab with one other. I forgot to meaning that third-party skins from other franchises. Monster Hunter is notable for having costumes from anime, video games and more. Speaking of crossover video games, Super Smash Bros is a popular franchise featuring Nintendo characters. Companies could make a crossover video game without using third-party characters. Latest Super Smash Bros acquired characters Pac-Man, Mega Man, Cloud Strife, Ryu and Bayonetta.

What does it benefit in gaming?

Due to Nintendo’s ongoning relationship with Capcom, Square Enix and PlatinumGames. These character made it to Super Smash Bros on 3DS and WII U. Third-party characters benefit gamers and make them want to buy the game. Gamer make reaction videos to see their favorite character crossing over to another game. Collaboration could lead to projects in the near future. There are a lot of games I could list that have third party characters. I will wait to do a top 5 blog post on it. Crossover could happen in many genres such as fighting, RPG and more. No genre is not safe for third-party characters. It’s all takes networking and admire someone else work. The latest news that third-party character has appeared is Soulcalibur VI. Witcher’s Geralt of Rivia was announce and he fit perfectly in the game.

Geralt was not the only character to appear in the soul series. Spawn, Legend of Zelda, Assassin’s Creed, Tekken and Star Wars characters. Marvel vs Capcom is another franchise with Marvel Comics and Capcom characters. The latest installment of Marvel Vs Capcom: Infinite was a mess. Fans rage that X-Men and Fantastic Four wouldn’t appearance because of Fox acquired the rights. In my opinion, there should be more variety of characters. There is another game that have three license properties. Blazblue: Cross Tag Battle features character from RWBY, Persona 4, Blazblue and Under Night In-Birth. RWBY is owned by Rooster Teeth, Persona 4 is apart of Altus. Under Night In-Birth is owned by French Bread that brought you Melty Blood.

Blazblue Cross Battle have controversy with DLC practices. That’s a subject for another discussing in a later date. Another fighter is Dead or Alive 5 Last Round, this installment featuring Sega and Koei characters. Four Virtua Fighter characters made an appearance, Pai, Sarah, Akira and Jacky. Later on Fatal Fury’s Mai Shiranui and Samurai Warriors Naotaro li. Last Round had costume collaborations with Senran Kagura, Guilty Gear and KOF. Finally, Kingdom Hearts one of the best jrpgs crossover game of all time. This game features Disney and Final Fantasy characters. The main protagonist Sora journeys to different worlds of Disney franchises. King of Fighters is a crossover game with different SNK franchise.

KOF has Art of Fighting, Samurai Showdown, Fatal Fury and many more. Heroes of the Storm has your favorite such Blizzard Entertainment franchises. Fans are familiar with Overwatch, World of Warcraft Star Craft and Diablo. Injustice 2 acquired Teenage Mutant Ninja Turtles and Hellboy. I wish that Spawn made in appearance to fight Batman. In closing, Third-party characters are a gimmick in video games. Something it promotes gamers to buy the game or raise sales. Collab with other video game companies could open doors to more opportunities. Myself, I love seeing them in other video games and it blows my mind. The question is will there be more crossover games in the near future just like MUGEN.

What are Video Game Tiers? How Do You Achieve Them?

Used vs Pre-owned Video Games | Should You Reconsider Purchasing?

Marvel Vs Capcom Roster Changes and Wishlist for Characters

2   1       What is the dangers of online games? Online games is a great way to make friends, join a community…