Who is Final Fantasy VII Sephiroth?Final Fantasy VII Sephiroth is the main antagonist and final boss. He is a powerful SOLDIER and formerly Cloud Strife partner. Cloud want to be like him but Sephiroth have a different agenda. He have a sick obsession on becoming god and make the promise land. He was on a mission in Cloud’s hometown Nibelheim later was burned down. Tifa travels with Cloud and Sephiroth in the mountains of Nebelhiem. Sephiroth found Jenova, an extraterrestrial lifeform which he calls mother. He murders Tifa’s father and Cloud questions Seph about his actions. Providing he could use the planet’s lifesteam and take out it like Jenova. There was certain obstacles that was in Sephiorth’s way. Armed with his Masamune, he assassinated President Shinra and Aerith Gainsborough due to her Cetra heritage.

He obtains the black materia which is most powerful which brings destructive magic. In the final battle, one of his two forms Safer Sephiroth could summon meteor. His physical body is sealed in the Nothern Crater. He was a child of Professor Hojo and Lucrecia Crescent. While in the dark about his real mothe, who injected with Jenova cells. Sephiroth was told his mother was Jenova (you fight countless time in the game). He believe that Jenova was a Cetra and thanks humanity betray them. Finding out this, he goes insane and massacring every human for betraying Cetra. In the game, Seph ponders about the planet’s lifeforce and himself.

What is going through his head?

Although his actions is very scares and unethical. Sephiroth was tired on being experiment on and betrayed. Learning about his heritage and who his real parent. I could be a real downer and hurt someone inside. Killing humans doesn’t solve anything but make it worst. If he wants to eradicate life with all-powerful black materia. Sephiroth manipulates people especially Cloud to kill Aerith. He later told Cloud that he is apart of him. That explains Cloud memories and one-on-one battle with him. He would uses Jenova cells and control remnants to bring himself back to life. After fusing with the planet becoming Bizzarro and Safer Sephiroth. Aerith summons holy and able to push back meteor. In Advent Children, he is infected the lifestream and created a disease Geostigma. 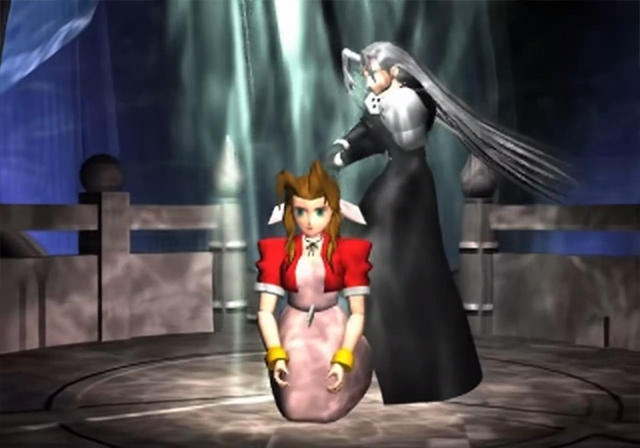 The main antagonist Kadaj, Loz and Yazoo looking for Jenova. Kadaj merges with Jenova and becomes Sephiroth. After the battle between Clod and Sephiroth, Kadaj says “I will never be a memory” meaning Cloud wouldn’t remember him. He appearances later in Kingdom Hearts series, later dubbed One-Winged Angel in the game. Seph quoted ““Defeating me is meaningless”. “You know that more than anyone, Cloud”. “No matter how many times I fall, your darkness keeps calling me back”. Meaning he is still inside Cloud and haunts him until the day he dies. Fun fact, Sephiroth name means manifestations of God that allow him to appear physical and metaphysical universes.

Meanings of his character

Bizzaro means rebirth and Safer is from Hebrew Bible which mean humanoid angel with 6 wings. His Kingdom Hearts appearance reference Lucifer and Seraph wings. He wanted to become Jenova refers to Jesus Christ being a Son of God. There is some religion background in Final Fantasy VII. In closing, Sephiroth wants to be god and make the world his own. He is one of the most complex and iconic villain in Final Fantasy history. Sephiroth easily goes from light and dark in seconds. What he wants in the world is impossible. No one can become god without consequences for your actions. I like to end with this quote from Sephiroth.

“I knew ever since I was a child, I was not like the others. Knew mine was a special existence. But this is not what I meant! „

90s Konami Arcade – Where is the Magic in Video Games?

Why There No Video Game Shows on TV Anymore