Do you play video games together and alone?

Have you ever through about buying a game that you can play together with people? What about playing alone not with other? In the video game community this is a norm for gamers. Developers make games that cater to groups of people. Single or with friends that’s what gaming is all about. For example, MMORPG are designed for 60+ players where you can interact with people online and build a community. Platformer are normally single-player but sometimes got multiplayer (if the developer desire to put into the game). Team based shooter originally for 1-4 player but it’s expanded to 10+, now 4 players are used for beat’em ups like Super Smash Bros.

Not just video games in general but board game can have a number of players but you can’t play it alone. Developers can design a game to aim for an audience or what types of players who wants to play their games. Another example, Just Dance 2018 is a rhythm game where you mimic dance moves of a popular songs. The game is for social gathering and 5 or more people can play the game. Tekken 7 is a 3D fighting game that design for tournaments, which is a group of people taking turns compete with each other. Crash Bandicoot N. Sane Trilogy is for single person who doesn’t want play with group of people.

How is playing with people change gaming history?

Back in the 80s, there is not online gaming but you have to sibling or friends for your neighborhood come to play with you. One day, during that time you will have a great time playing a game such as trash talking and more. Having a good time can lead to fond memories of playing a video game. That’s why people say “this game brings back memories” due to playing with friends or alone. Nowadays, you can meet people online with playing a different genre of video gaming. Instead of going out and making friends in the real world. 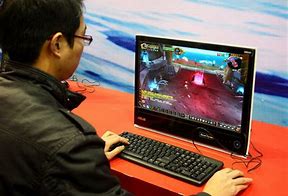 I did a blog post about dangers of online gaming and I go more in-depth about the topic. Playing online can be very fun if you don’t have people to play with. There are some people who take online gaming in a wrong direction. The gaming industry is advancing each day and changing the way we play video games. It’s called building a community of dedicated gamers and people who have a passion. Video games can make you learn how to play the game and have a great time in the process. Playing together is awesome in my book but if you prefer to play solo by all means.