Night Warriors Darkstalkers’ Revenge OVA is based on Capcom’s Darkstalker series video game. The game is Killer Instinct like fighting game. There is not super moves but EX attacks. It features movie monsters and story is based on Vampire Hunter Darkstalkers Revenge game. Demtiri Maxinoff was exile from the demon world and brought back to the real world. He wants to take over the Makai world. The human hates Darkstalkers and want to exterminate them. Darkstalkers (dark ones) feast on human souls but maybe that’s how to they survive. Morrigan and Demtiri both wants to go to the Makai world. There are other characters from Night Warriors game like Felicia and Lord Rapter. Phobos appeared to work for Pyron to rule humanity. In the OVA, Donovan is a wandering monk to find a answers. He service as the main protagonist.

Donovan goes to a village and finds Anita. Anita turns out to be a mute. After Donovan cuts Anita doll head and finally spoke. She uses magic and a group of kids find out Anita is a dark one. Althoughout the series, Donovan narrates and his motives is unknown. He is willing to get rid of the dark ones. Anita travels with Donvan in finding a way to defeat the dark ones. During their journey, they meet Hisen-KO and her sister. They hunt dark ones and finding information. Hisen-Ko is a chinese jiangshi and fights with her sister. Bishamon is a samurai that wear a curse armor. Hannya is a evil armor and whoever wears it turns stronger. Donovan breaks the spirit of the cursed armor.

He is suffering with his dark blood of a Darkstalker. The main villain is Pyron who wants take over earth. Pyron is a alien life form that controls Phobos units. Phobos uses data from Morrigan and Demtiri to help Pyron. Hisen-Ko and her sister saves Donovan. Anita wanted to save Donovan but doesn’t know about human life. In the series, we learn about Hisen-Ko’s backstory and about the comet. There mother sacrifice her life to protect Hisen-Ko. We learn about Hutzil backstory and destroy civilization. Jon Talbain makes a apperance fighting humans. 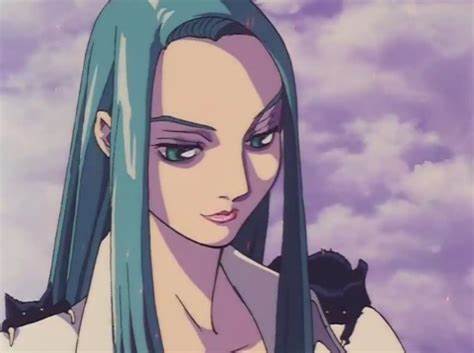 Felica smells dark ones and want to find with the humans. She runs a show and finds other that love Darkstalkers. In the ova, we learn humans fight one others not just Darkstalkers. People blames Darkstalkers for burning villages and deaths. Anita is the most withdraw character that is a shell that closes her emotions. Overall, Night Warriors Darkstalkers Revenge animated series is a must watch for fighting game fans. The ova teaches us to ti’s okay to let go emotions and prejudice. Why humanity transcend on hate and violence? What about co-existing with each other? Those are question we should answers on top of our heads.

Dark ones and thoughts

Donovan, Anita and Hisen-Ko were the heroes of this story. Felicia is also one of the good ones. Madhouse did an amazing job with the animation. It’s very dark and gritty atmosphere blending with the setting. There is one problem some characters did appearance in the episode like Victor, Rikuo, Sasquatch and Anakaris. They only appear in the opening of the show. Speaking of opening, the characters narrate and monologue about dark ones. In the fourth part, Pyron defeats the four minor characters in the opening. Fan favorite had a part in the ova. Night Warriors was the only 3-4 episodes ova for video game adaptation.

Note: There is a animated cartoon series about Darkstalkers. I wouldn’t recommend watching that. Night Warriors ova flesh out characters like Anita and Donovan very well. Both seek to find answers on what society is. If you are a fan of the arcade video game I would dive in with excitement. The Ova is far superior then animated cartoon. Night Warriors Darkstalkers ova is available now on Dvd at Amazon.