What is Slice Dice and Rice? 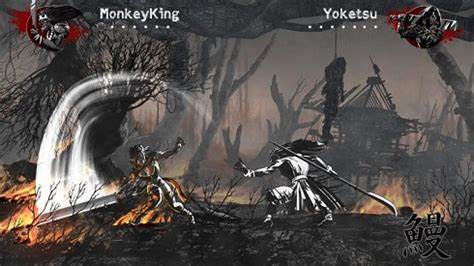 During battle, you don’t hit the opponent once but numerous times. That’s a minor issues and player’s could cripple each other. The game gives you hints and easy control scheme. In gameplay, characters have four methods of combat.  Each  characters have three attack light, heavy and medium. You have to timed your counters and weapon clashing. Slice Dice and Rice is a very artistic indie game with hand-drawn stages. It has grounded mechanics and flux design. Online multiplayer would be a nice touch. Slice Dice and Rice is available on Steam.

What is Slashers The Power Battle?

Slashers The Power Battle is a 2D arcade fighting  indie game. The game have a HD-Cartoonish style with Guilty Gear and Street Fighter 3rd Strike mechanics.  There are a ton of game modes in Power Battle. Single is a standard arcade mode and fight final boss.  In multiplayer, players could battle local or online matches. For newcomer of Slashers, they can try training and tutorial modes. Customize characters palettes with color edit mode. Players could learn combos, fight bosses and many challenges.

Slashers The Power Battle have 11 player about character with upcoming dlc. Each character have a different playstyles and moveset. In character select, you can choose your character super move like Street Fighter 3rd Strike.  Different fighting game mechanics parry, counter, power recovery (Guilty Gear) and many more. There is 4  attack button layout slash, big slash, kick and chaos.  I really enjoy Slashers because I am a fighting game fan. There was nobody online and I would love to see improvements in the game. Stun Games is still working this game. The combat is light-fast and very fluid gameplay . Slashers The Power Battle is still early access and available now on Steam.