Who is Samantha “Sam” Nishimura?

Sam is a best friend of Lara Croft and student in UCL, who studies film. Samantha is half Japanese and Portuguese. She is known for being a wild party girl and rebellious. Lara and Sam comes on trips together. Sam drags Lara away from her Lara studies to go clubbing. During one of Lara trips to Yamatai, Samatha learns more about her Nishmura family history. The main antagonist Mathias using Sam to awaken Humiko. In Tomb Raider reboot, Sam plays a major role in the game. While Sam’s soul was being transferred to Himiko. Lara saves Samatha from Himiko and Mathias. After events of Yamatai, Sam have nightmares about past events. Kidnapped by a cult, who worshipped Solarii. The cult believe Sam was a guardian and the one to bring back Mathias.

Sam is processed by Himiko and Lara wants to help her but refused. She was arrested for assaulting a man for asking for direction. Next day, Samantha was placed in a metal ward and says no one can help her. Sam wanted to solve her own problems. After being transferred to Halburg Institute in Sweden her mother. Sam is under Hiniko’s controls and attack several staff members. Himiko was trying to gain full control of Sam but her friends intervene. Making her way back to Yamatai, she is confronted by Trinity’s force and Lara Croft. Lara is trying to reach Sam to fight Himiko within. Jonan uses Mirror of Wei to suck out Himiko soul out of Sam. Aftermath, Samantha is recovering at the hospital with a self-inflicted stab wound. Lara tells Sam’mother to take her somewhere safe so Trinity wouldn’t find her.

What Save Sam Nishimura movement?

Save Sam Nishimura movement is run by two women Heidi and Opheila. Both women are a fan of Tomb Raider video game franchise. Each have a story to tell about their experience with Sam and Lara relationship. Heidi and Ophelia story is little similar because Square Enix forums ban them because bigotry. Reading Opheila brought up some good points about companions on video games. For example, Nathan Drake how does he overcome obstacles with Sully? What about Booker from Bioshock Infinite, will he survive without Elizabeth? From what I read about Samantha “Sam” Nishimura, she is not damsel in distress but can take care of herself. Sam could have a spin-off one day and have to save Lara. 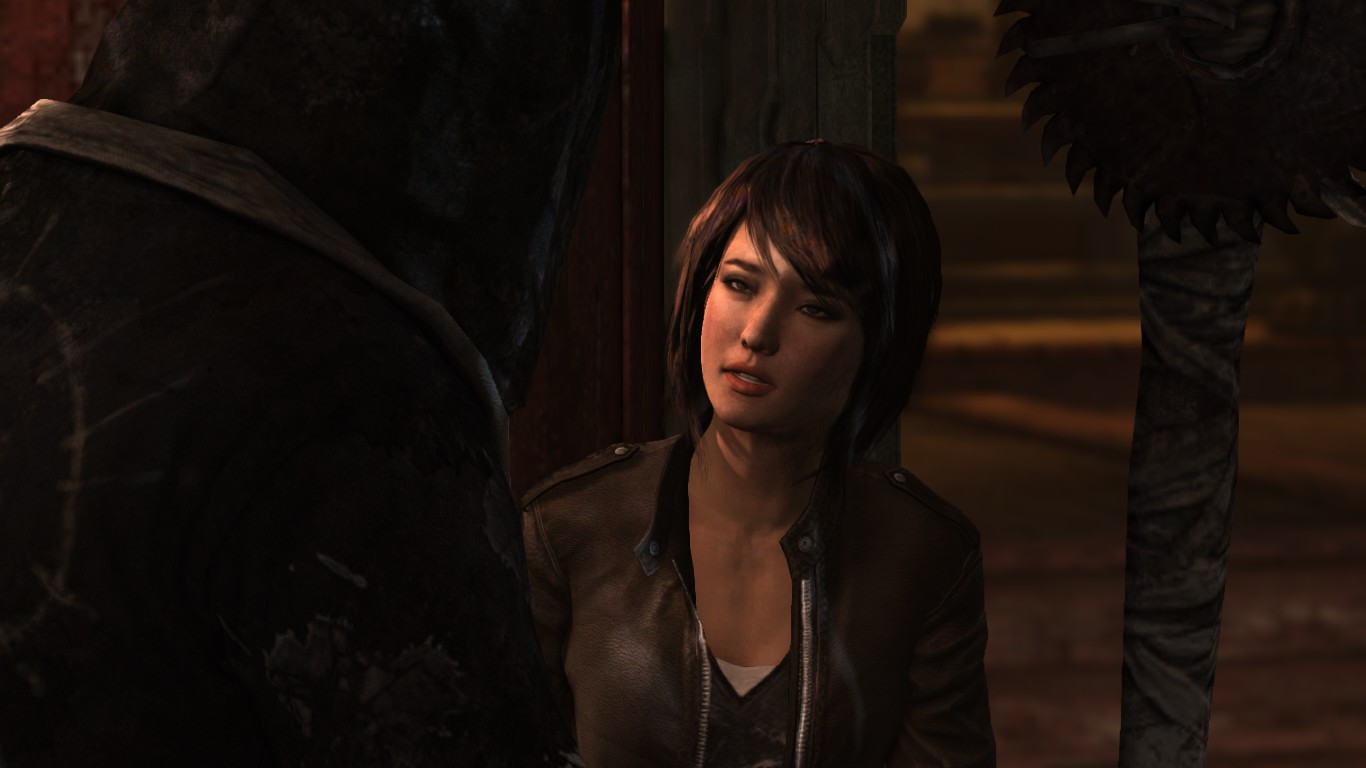 This movement is about giving Samantha “Sam” Nishimura more of supporting role. Lara and Sam have been best friends seen college. Lara croft could purse a romantic relationship with Samantha Nishimura. Just like Elie from Last of Us in the DLC Left behind. A lot of people was not happy with it but I had no problem with it. Another example, Tracer from Overwatch coming out and there is some mixed reaction. People have the right to ship whoever they want. In forums, people should have a voice not be silenced by administrators.<

Whatever sexual orientations represented in the case, no one should be treated like that. If you don’t like LGBT lifestyle keep them to yourself and move on. Nowadays, LGBT in video game represented more than 10 years ago. Same sex marriage is in effect and now more expressive than ever.Thank Heidi and Opheila for reaching out to me and sharing their stories. Lara Croft has evolve from being a sex symbol to a strong female character. She inspired so many women around the world. Sam should have an important role in Tomb Raider in the future.

Gunslinger Stratos The Animation – Fight for the Future Anime Review

Latest Gaming Equipment That You Need and Trust

1   1        Latest Gaming Equipment Latest gaming equipment I have will revamp your recording and streaming experience. I will give you…